Talk with other Shiloh Sharps shooters.

For the old Star you could order any type nose punch you wanted if you wanted to use gas checks. Zack is right with the penny on the die to seat the check then push it base first through the die. Even Star said it in the small instruction folder they sent with the unit. I think I still have it someplace. I used a electrical box knock out for doing this because it was smooth and flat.
Placing the check on the base loose and trying to seat it by pushing it through the die nose first is not the way to do this.
Herters used to make a gas check tool that would just crimp the check on the base so you could run it through nose first through your lube sizer.
The reason a dog has so many friends is because he wags his tail instead of his tongue.

I see I'm not the only one that saves those electrical box punch out blanks. I use em to cover the die holes in my three sizer luber's and to square the die keep nut with the punch so as not to start it cross thread at die change.
Top

An update on using the Star lubrisizer for lubing BPCR bullets.

As noted earlier in this thread, I purchased the lubrisizer over a year ago & have used it a good bit since then. Although the unit works really well & is fast with most cast bullets for handguns & rifles it has some limitations & negatives when using it for BPCR. But first a few comments on how it functions.

Dies are purchased for the desired sizing diameter & lube groove spacing. The bullets are pushed through the die nose first with a flat end punch. Depending on the bullet diameter (caliber), a punch is required for each caliber. The punch is adjusted for each bullet length & groove locations. Once everything is setup for a specific bullet, sizing & lubing is fast. The bullet is inserted nose first into the die. Using the lever the punch is lowered, pushing the bullet into the die. The lever is then fully compressed, activating the lube pump & forcing lube through the die holes into the lube grooves. The process is then repeated with the next bullet which pushes the preceding bullet out the bottom of the Star. When the lube is forced into the lube grooves, the driving bands provide a seal between the grooves & also keeps the lube from leaking on to the nose & past the base.

The Star works great lubing bullets like these (all driving bands the same diameter). 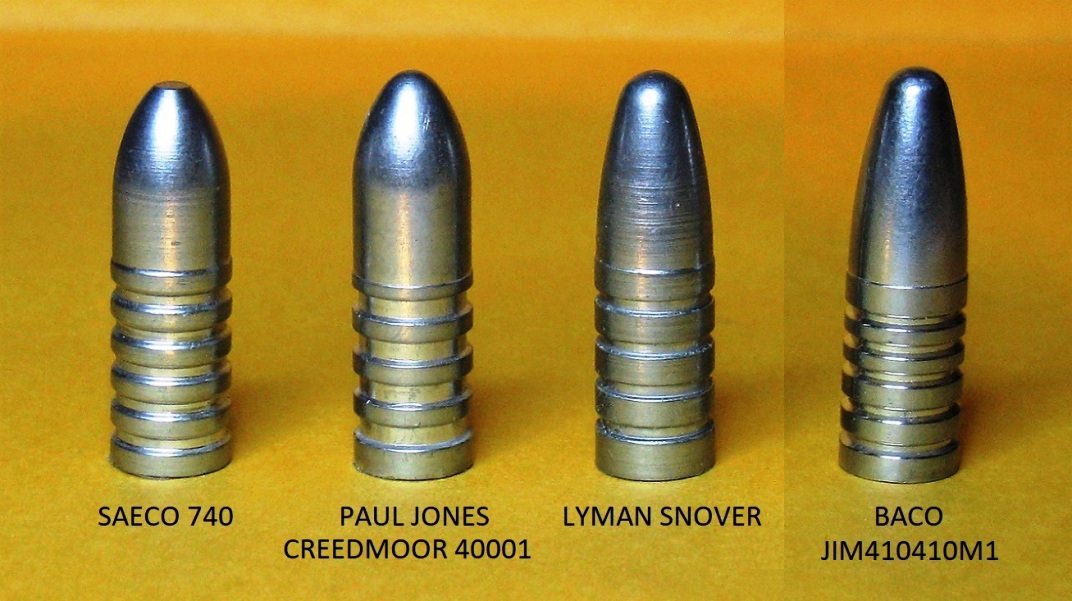 The Star does not work well lubing bullets like these (reduced diameter forward bands or with a lube groove prior to the 1st driving band). 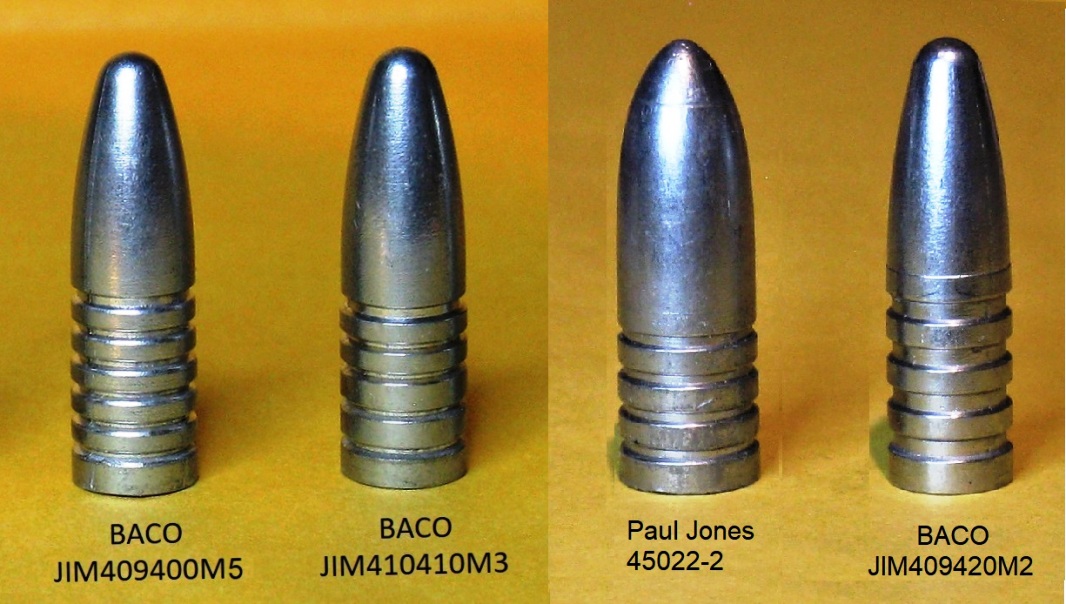 Exactly Wayne, I tried dip lubing ice cold bullets in liquid lube and using a slightly belled case to push over the lubed bullet to shave off the excess which works OK but talk about slow and messy. The Saeco for me works better and I use the reduced band BACO and P.J. Monies almost exclusively any more. DT's micro mini groove monies pushed me to do it.
Sometimes you get the chicken, and sometimes you get the feathers!
Top

Far as I know, the only GOOD way to lube tapered bullets is with a lube pump. For straight bullets, the STAR has been the best for me.
CHRIS
Top

rgchristensen wrote: ↑
Wed Jun 02, 2021 9:42 pm
Far as I know, the only GOOD way to lube tapered bullets is with a lube pump. For straight bullets, the STAR has been the best for me.
CHRIS

I have both a Lyman and star liber/sizers.
I use the Lyman for gas checked Bullets and my 45/70 bullets.
The star for mostly handgun bullets and 32/20 bullets!
Have a good day!
Top
Post Reply
37 posts

Return to “Shooter to Shooter”