I've been doing a little research on Sharps Cartridges and was hoping the Sharps Collectors out there could help me out? Was the 40-90 Sharps Straight, a cartridge developed by the Sharps Rifle Company? Most will say, "of course", but Frank Sellers does not list it in his book. Cartridges of the World says that it came out around 1885. That's four years after Sharps had closed its doors. Another reason I am wondering about this is that I saw a picture that shows a highwall chambered in and stamped 45 Sharps 3-1/4" by the factory. According to records from the Winchester Collectors website, 30 highwalls were made in that caliber and 743 in 40-90 Sharps Straight. One of those in .45 3-1/4" could be a highwall used in the bear article. Sellers is pretty firm in his book that the Sharps Company never made a cartridge longer than 2-7/8" other than one experimental rifle for the Union Metallic Co. The 40-90 is a 3-1/4" shell. Could these two cartridges be Winchester developments and they stole the Sharps name for marketing purposes? Since Sellers had access to the Sharps records when he wrote his book, you'd think he would have mentioned the 40-90 straight if there were records for it.
Do any of you collectors of Sharps rifles have or know of one chambered by the Sharps Rifle Co. for that caliber? 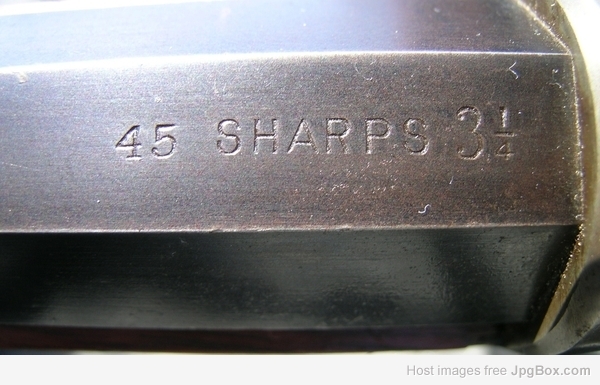 Were they straight or bottleneck? Thanks.
Top

Kenny W. will know the answer to your question! Hope he sees this thread.
Top

Chief, hit it. I've seen more than a few 40 2 5/8" SBN(90) originals. Never a factory cut 40-90 SS 3 1/4" except in a highwall. All the original 40-90 3 1/4" ammo boxes have been UMC or Winchester mostly UMC. Back then Sharps would rechamber to a longer cartridge for a fee but the 3 1/4" cartridges did come out after Sharps closed it's doors. So if you find a original 74 or conversion gun chambered for 40-90 SS it was either rechambered for the longer cartridge or rebarreled by a gunsmith not the factory. bobw SCA board member.
bobw
Top
Post Reply
6 posts • Page 1 of 1