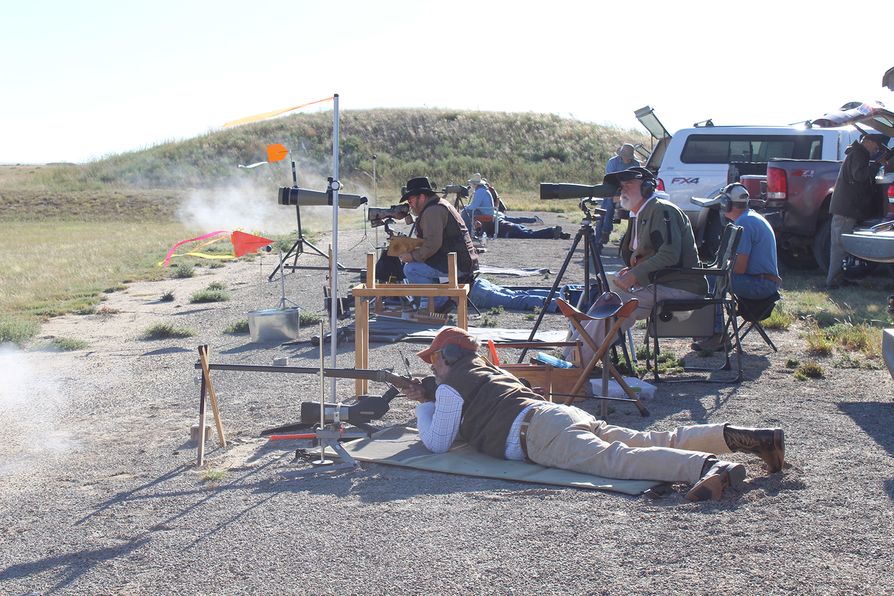 “Education is simply the soul of a society as it passes from one generation to another." -G. K. Chesterton

I decided this year to try my hand at Creedmoor Long Range shooting with the help and encouragement of my already established Long Range shooter friends. God forbid we should practice ahead of time, but no, we signed up for the first-ever, BPTRA Creedmoor National Championship match in Byers, Colorado. I giggled, but with my friend’s encouragement I said I was "in" for attending, learning and shooting a new sport.

It started with casting bullets, dropping powder and getting the shooting equipment and rifle loaded and ready for the journey to Byers. I was going to be shooting a 45-100 Shiloh Sharps 25lb bull barrel, known as a Tollefson rifle.

The camper was loaded and our trip started – and we had hours of driving time together, which meant one thing – I was going to be educated on a Creedmoor Target match. I had written on the subject last year, but to be involved and shoot one was all new to me. Every relay consists of 63 minutes, three minutes of which are the "ready" period. You and your partner, must share that time. It was then I realized I only had 30 minutes to get my sighters off and shoot 10 shots for score, wipe in between shots and be listening to my spotter to tell me how I needed to move my sights.

I have been a silhouette shooter, so believe me, I became a little stressed on this new program of shooting and wiping instead of using a blow tube. It’s imperative to utilize your time very well so that your partner can also have the same amount of time to shoot. Needless to say, I was feeling a little tension and stress over this time situation. My experienced tutor and spotter Jimbo told me to relax, there would be plenty of time.

Our road trip was going well, and I was feeling like I was learning so much. I was then informed that when our relay was over, we would have to head down to the pits! The pits you say? Exactly what are we to do down there? I had been in the pits in Arizona in March with my knowledgeable shooter friends, but this time I was to be with someone whom I had just met – a stranger. The importance of good pit service was stressed to help the next two shooters on our team. If you give good target service in the pits, we would receive good service when we were shooting. These targets are 6’ x6’ and have a 44” black center. This is a very important job as you are the person scoring and marking the target and thereby helping the guys shooting. Being quick on this job is a necessity. I was feeling like Chris Farley on information overload in my head, but I was ready to try this sport and shoot!

Friday morning of the shoot came and we woke to a slight wind, but as the day progressed, the wind gods decided I needed some excitement. They could not decide what direction they would blow – or how hard. The smell of black powder, the sound of your spotter saying you hit in the black was exciting though. For the next three days the conditions were extremely challenging and humbling at times. I learned very quickly that shooting paper and shooting steel targets are two different things. You truly see how your loads will perform and what is happening. When all was said and done, I did end up shooting well for a first-timer in this game. The Creedmoor is truly a team sport and my spotter worked as hard calling the wind as I did trying to hold hard, be one with my rifle and follow his instructions.

One of the most exciting parts of this match was the start of the new BPTRA organization by Robert Garibay (https://bptra.org/). He put on a fantastic National Championship without all the politics involved and I met some great new friends. The Byers shooting Range was challenging and very well maintained. I would highly recommend to anyone that has never shot this sport to try it. There is no need to be intimidated as everyone is willing to help you. This shooting sport, along with other BPCR silhouettes and long range shooting events, need to be supported by all of us. If we look around on the shooting line, we are getting older, and it so important for us to continue to educate and get more shooters involved. We need to put all politics aside and remember why we like shooting black powder and the shooting sports in general.

A big thanks to Jimbo for helping me get involved in shooting Creedmoor and to Robert Garibay and his wife Michelle for putting on a great First National Creedmoor Championship. I look forward to attending next year’s National Championship and other matches across the states.

Shiloh was proud to donate and get behind this new organization to help it grow and help keep the oldest shooting sport alive. 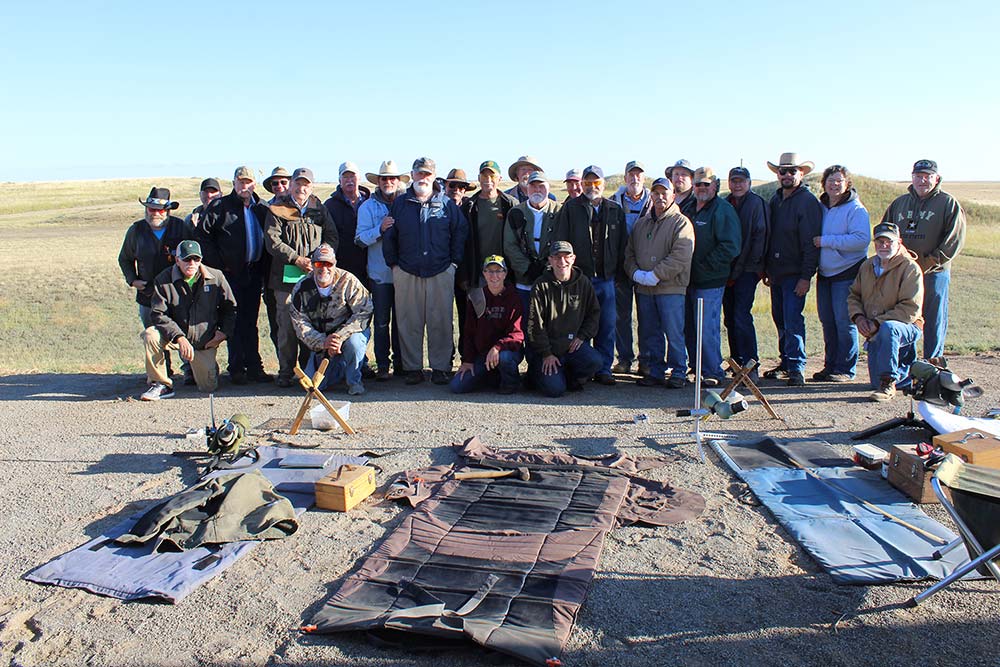 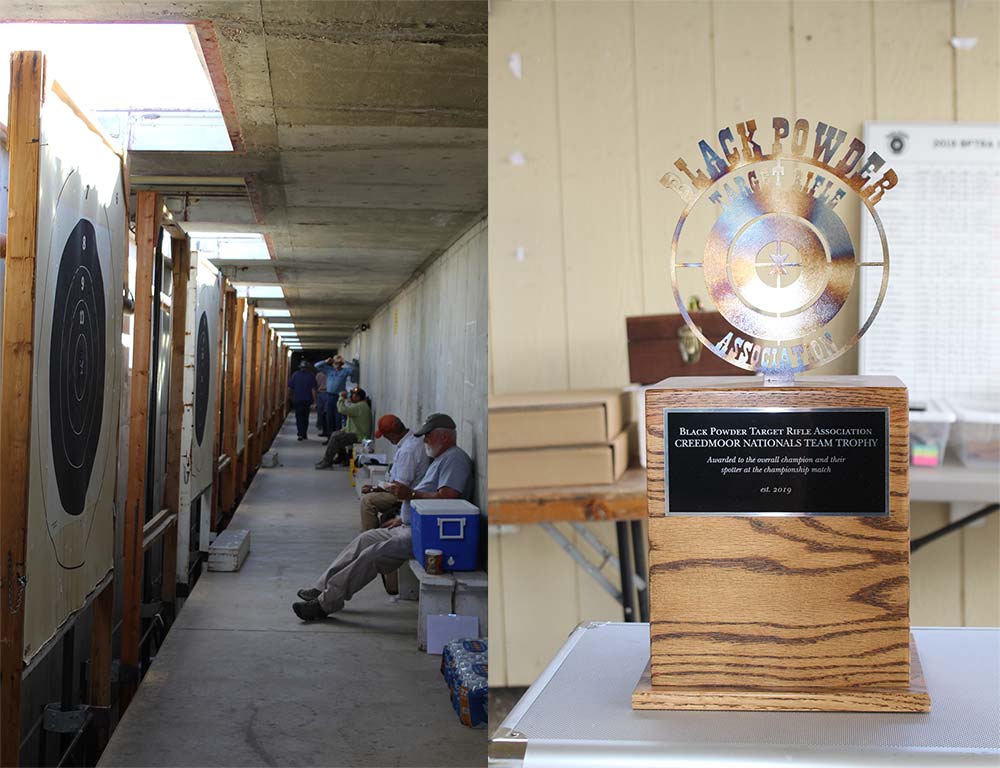 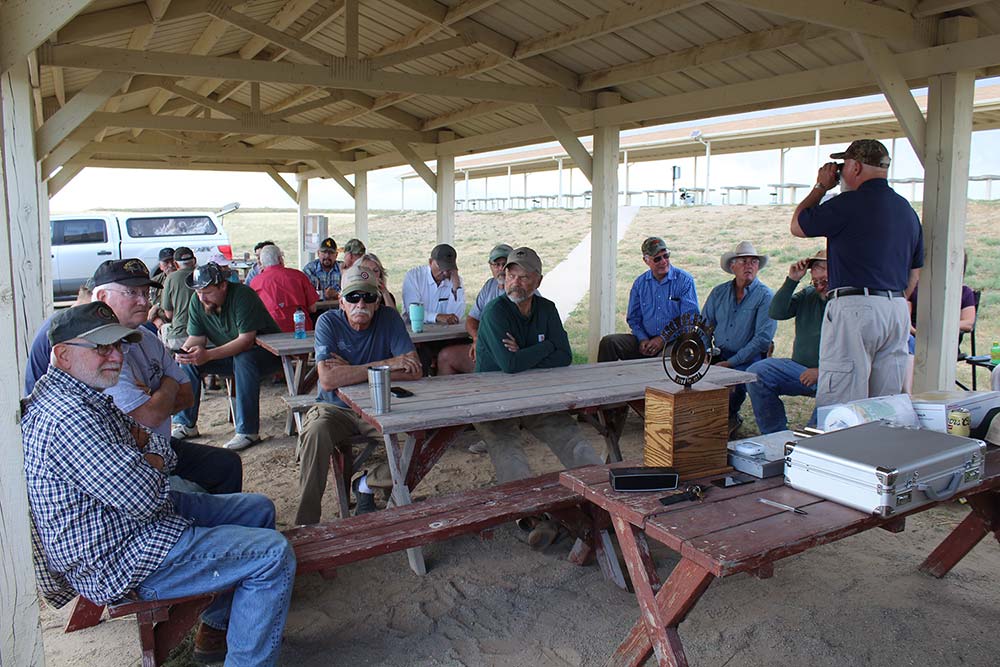